Thirty years ago, I came to San Francisco as part of my honeymoon. It was my first visit to the west coast, and to California. The city completely charmed us, as we visited the sights, and took part in local festivities.

On our way from LA to Napa Valley, we thought we would stop in for a day, and take in the sights and view some of the places we remembered fondly back in 1988.

We held our breath, phones at the ready, scanning the horizons until we saw it; the Golden Gate Bridge appearing as it so often does, in the midst of the mist from the Bay, magnificent, just as we remembered it.

The cable cars clinking along, the artists on Ghirardelli square, and the view from Pier 39, had us recalling fond memories, through the eyes of those two young newlyweds, tasting many things for the first time, nothing had changed….

It was busy, it was congested, and littered. We headed out of the city, silently, digesting our thoughts, and impressions, driving towards the North Coast Wine Region.

San Francisco is definitely worth a visit. It is a complex city because of its geographic location, its very rich history (multi-dimensional from starting out as a Spanish settlement, heavily influenced by world and US events, earthquakes, and economic booms and downturns) and its culture. Its survival is constantly under the threat of the next great earthquake that could wipe it out, because it is built on the San Andres fault line. The great earthquake of 1909 destroyed 80% of the city and still more recently in 1984, an earthquake of 6.9 magnitude caused major damage in San Francisco and Oakland across the bay.

You have to be resilient, and confident to live in a city where the threat of a major catastrophe hangs over you everyday. People have chosen to go on living their day, and smiling, and giving tourists a good time. There is so much to see, and it is a pretty city. 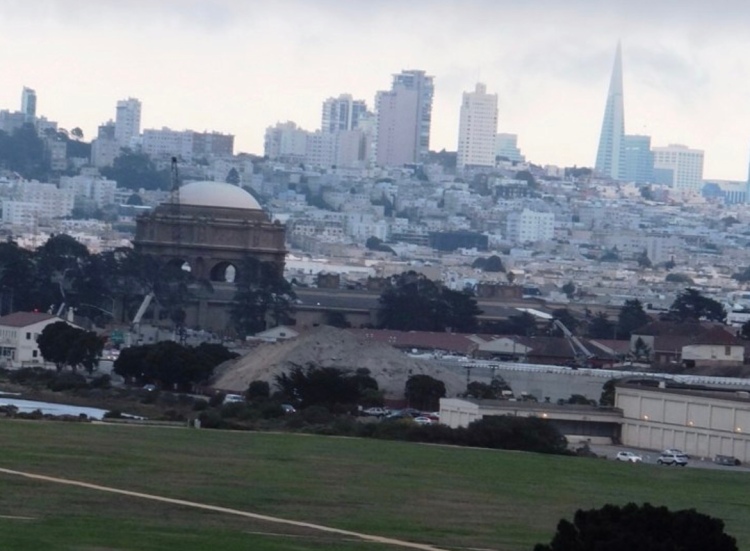 Just don’t get caught in the traffic, leaving town.

One thought on “Stopping in San Francisco”