St. Nicholas was a Bishop who lived in the fourth century in Turkey. He was a kindhearted and generous man, and because he had inherited large wealth from his parents at an early age, he developed a reputation for helping the poor and giving secret gifts to people who needed it.

The stories of this saint grew over the centuries to be a protector of children, sailors and the poor. Through the years, the legend of St-Nicholas was behind the stories and small presents left for children either in their stockings or by their bed. But by the 16th century, after Europe went through a series of religious reforms, the stories and traditions about St. Nicholas were unpopular. Since someone still had to “bring” presents to children, St-Nicholas was morphed into Father Christmas, a character from stories well known in the northern parts of Europe at that time.

I am sharing this tiny bit of history with you today as a backdrop to my story about St-Nick, which began for us before my daughter was born, roughly around 1990. That was the year I literally stopped in my tracks in one of the aisles of Costco, mesmerized by a 14-inch statuette of Saint Nicholas in a long beard, dressed in 15th century clothing, including a burgundy and gold robe, fur hat and boots.

I was familiar with the history and European tradition of St-Nicklaus and moved by the representation before me and that day marked the beginning of a collection I would build over time. In the early years, I added similar figures to my collection, usually in shades of burgundy, greens and golds, furry hats, with or without robes. They were usually depicted carrying gifts for the poor, either wrapped or from nature.

Gradually, I began adding only models that had a unique design, or stood out in some way either by being unconventional, either in size, or design, or material in which they were crafted. They can be categorized by colour, or by size, or by texture. 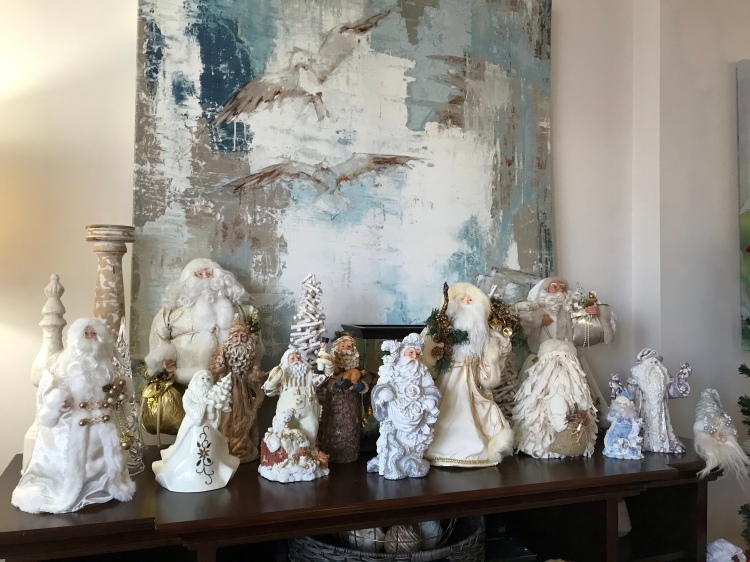 Some of the figures light up and others contain a music box. One is in the style of a Russian Doll while another is carved out of a piece of driftwood. We acquired some of the pieces during our travels, and others were received as gifts.

The last piece I added to the collection was in 2015. Its a carved version, and his skirt depicts the 12 days of Christmas. In total, I have 50 that have remained with me and we have carefully wrapped and stored them through the years, and I am pleased that they are well preserved and will be able to be with us for many more years.

One particular year, we gave them names. That Christmas, my daughter was 11 or 12 years old, and she picked out most of the names. Some of them are called “Leader” or “Dumbledore” and “Franz- the old Norwegian”. Their names, and the dates registered on them bring us smiles, as we remember that day fondly, and it warms my heart as I remember her giggles and the hilarity of some of the names. Its speaks to the magic of Christmas, happy family traditions and memories. 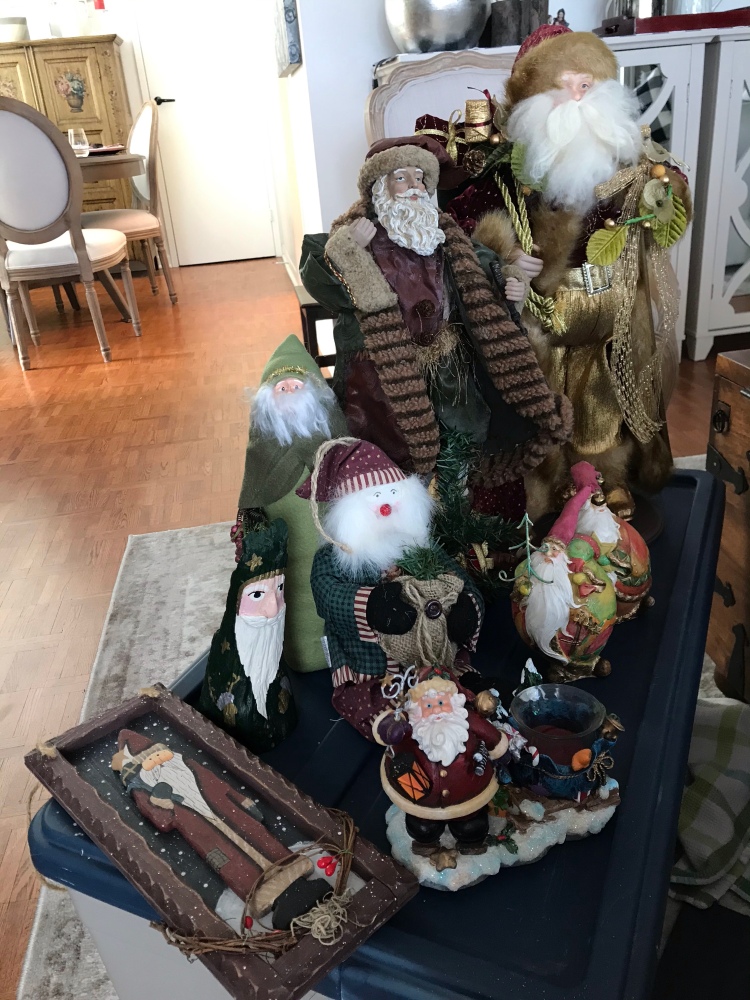 Having downsized in 2019, I almost parted with my collection this year. However, as we went through them all this week, carefully unwrapping them to decide which we would keep, we found that we could not part with any of them. We took photographs of them, shared them with friends and family online and then they were re-wrapped, packed carefully back into crates and we will continue to store them. 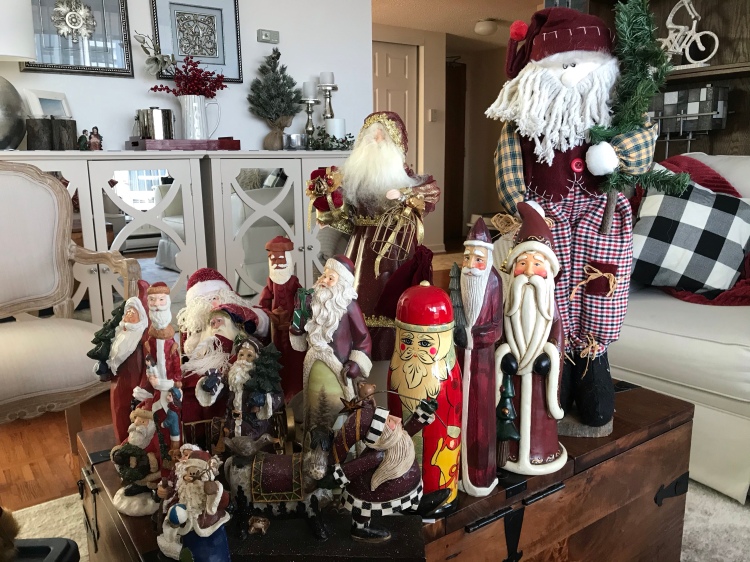 Is it a coincidence that we did this on December 6th, the anniversary of Saint Nicholas’s death, which for centuries was the day European children were visited by him, and left gifts? This year, Saint Nicholas paid us a visit, and left us a priceless gift.

That’s the thing about family traditions. You never know you are creating one, until after a few years of doing it because its fun and everyone joins in.