Did I ever tell you about the time we were cruising along the Pacific Coast? I have told many stories of the fabulous travels we have been blessed to enjoy these last few months. It’s hard to keep up and share all my memories.

Just as we stepped off one journey, our faces still beaming from the joy we had felt experiencing new tastes, and sights and encounters and making new friends we found ourselves embarked on the next one, thinking that it could not possibly surpass the last.

Of course, we were wrong, because the next journey, usually was just as good, if not better.

I realised today that I had not shared accounts of the rest of the trip on the Vision of the Seas. I was eager to share pictures of the Panama Canal when we crossed it, but there was indeed much more to the 16-day trip, then my account of that one day.

The faces of people in the Guatemala market and shops for example, round, strong noses, piercing dark eyes and beautiful dark straight hair could not have been more different from the more chiseled white faces of Colombians in Cartagena. Their music and their songs, both vibrant, but different.

The cruise along the Pacific coast of Central America treated us to beautiful ports, and scenery. We were so lucky to sail the entire 2-week journey on very calm seas. Unfortunately, there were only a few sunny days, but we made the most of them in Guatemala, Huatulco and Puerto Vallarta. 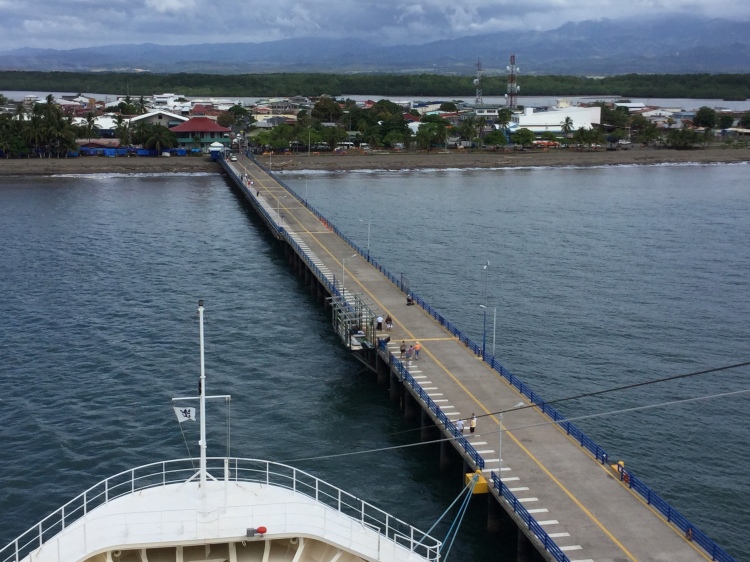 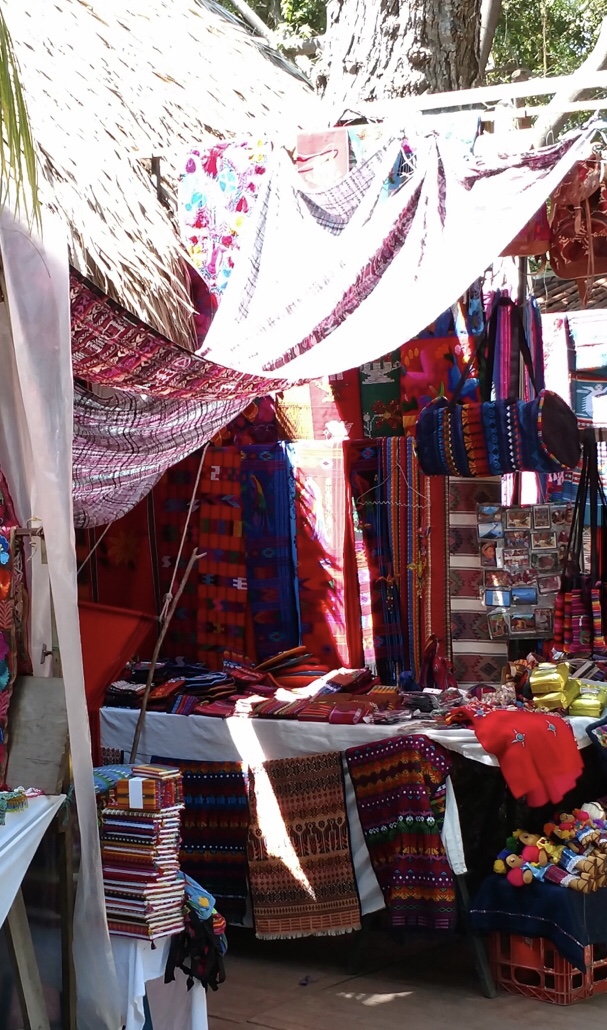 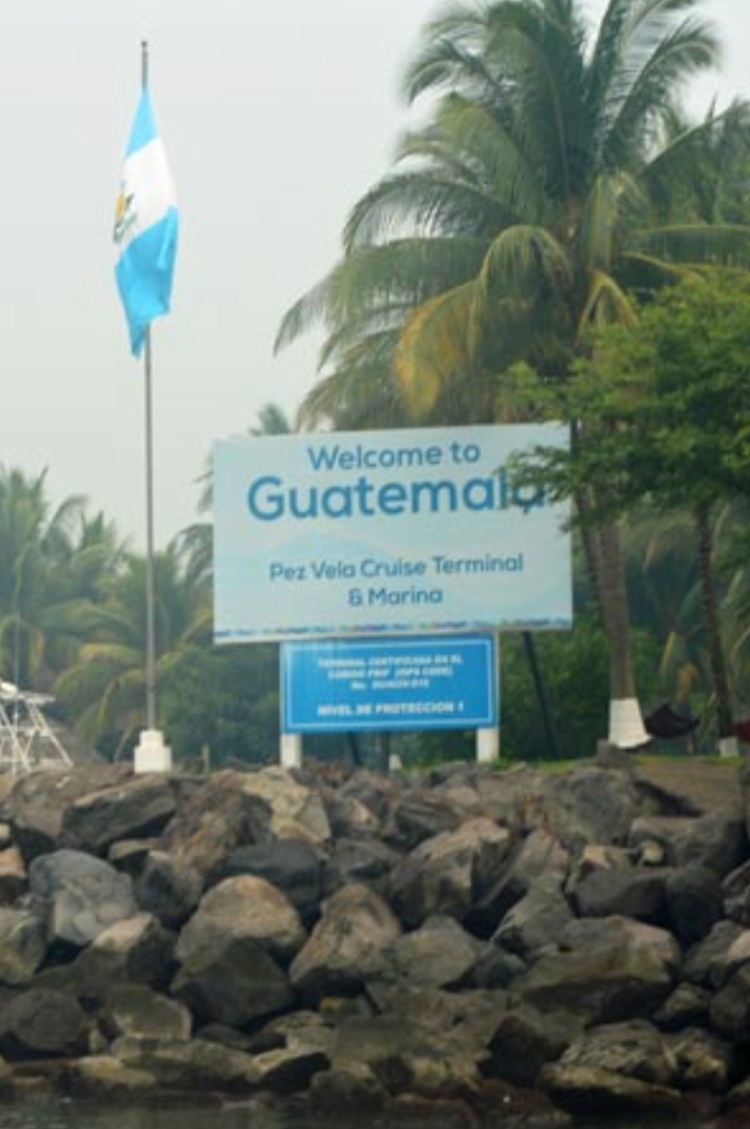 In some ports, the weather collaborated with us and we had the opportunity to find a beach and relax, or walk through the markets. We had a lovely, authentic Mexican lunch in Puerto Vallarta, and felt so safe. I would gladly visit again. 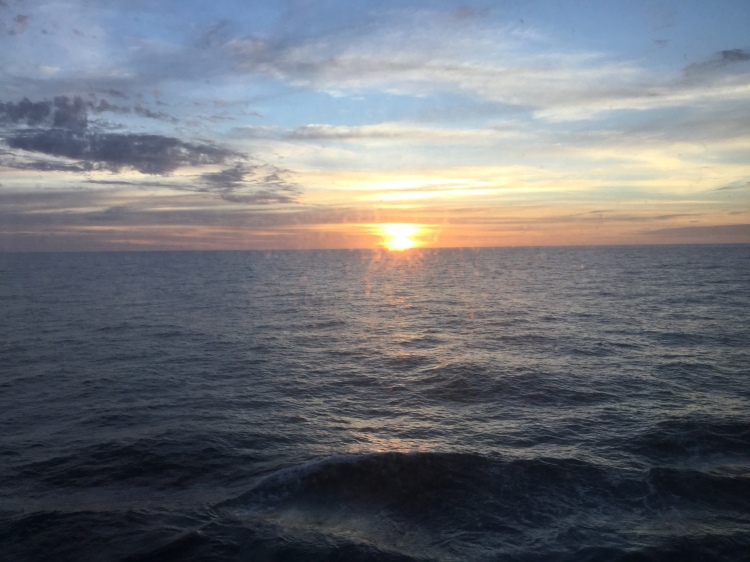 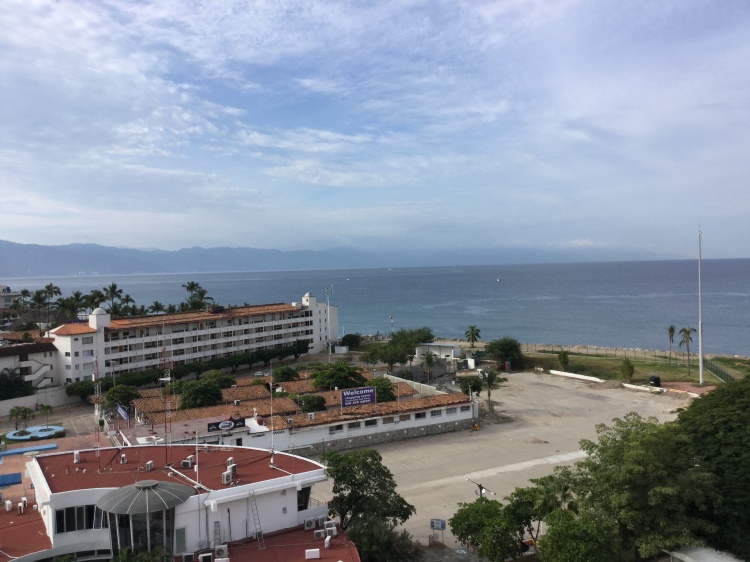 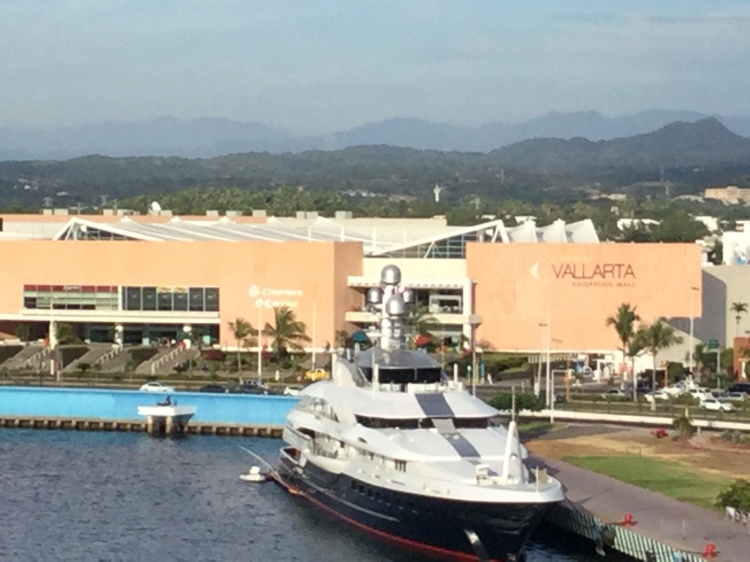 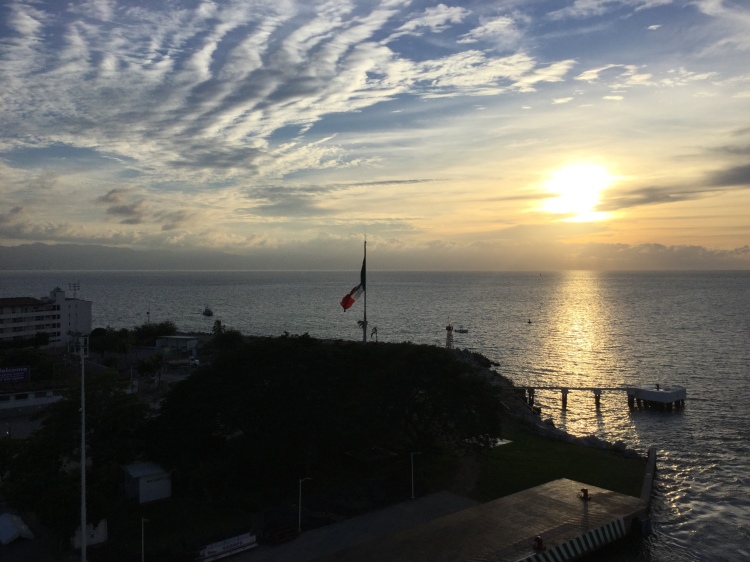 I know a few people who spend the winter in Puerto Vallarta and chose to return because they feel safe, and because there is so much to do. It is a beautiful spot, with mountains surrounding it, and being so close to beaches and resorts. It has lovely little shopping districts and many shops and restaurants. We enjoyed it very much, and had lunch with friends from the ship. Unfortunately, neither one of us had taken our phones along, so we could only snap a few pictures once we got back on the ship.

As we sailed out, we were well positioned to take pictures of the coast line, and some of the new condos.

Last stop before we ended the cruise in Los Angeles, was in Cabo San Lucas. There is no pier in Cabos, so the ship drops anchor in the bay, and one takes a “tender” which is a boat shuttle from the ship to shore. The boats can take approximately 50-60 people at a time, so you can imagine how long it takes to get more than 3,000 passengers on shore. Before anyone can debark, the ship needs to obtain approval from the country’s port authority. That typically can occur quickly, but sometimes there are delays. In Cabo, it took more time than usual, and I believe it was well past 9:30 by the time the first tenders were heading out with passengers.

We were in no hurry to get to shore, and by noon, we decided against going ashore. There are many perks to staying onboard the ship when in port, one of which is that there are only a few other guests with whom you have to share the facilities. Our favourite spot on most ships is the adult-only solarium, which is typically quieter even on sea days, but definitely less crowded and laid back on port days. We both were happy to settle into some reading, and swim at our leisure in the salt-water pool and jacuzzi tubs. We took a few photos from the ship however. Particularly once we spotted the Riu Palace, a luxury resort along the bay, that we visited about 10 years ago, when we attended a cousin’s wedding.

There were two other ships in the bay with us. The Princess Ruby and another ship whose name I could not make out. By the end of November, the sun sets early, and before we returned to our room, we had the opportunity to take in the lights as they come on ashore, and on the other ships and as each vessel sailed out, just as quietly as we had sailed in that morning, in the early hours. 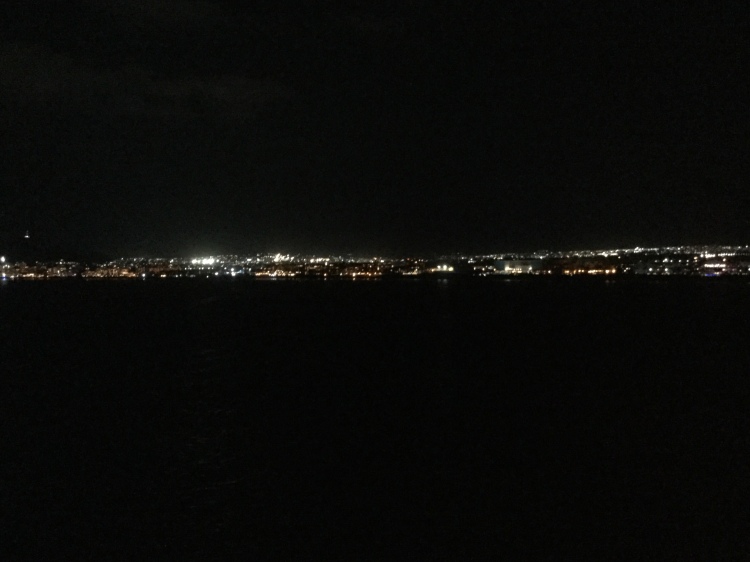 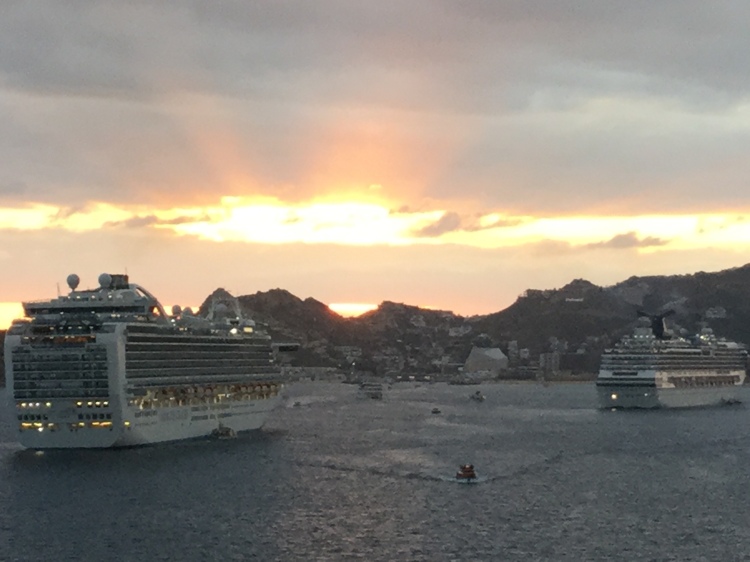 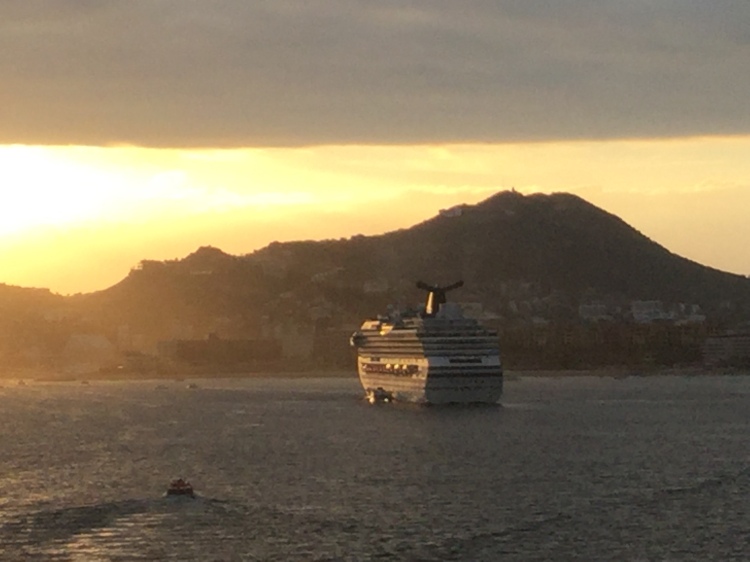 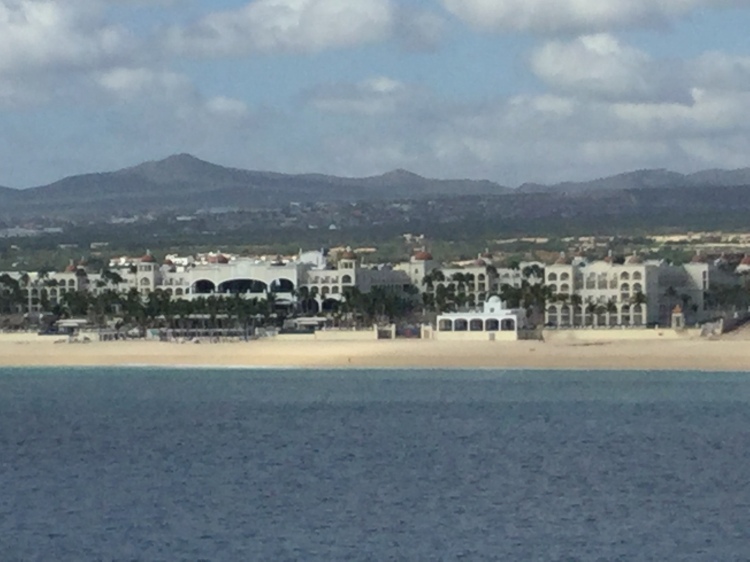 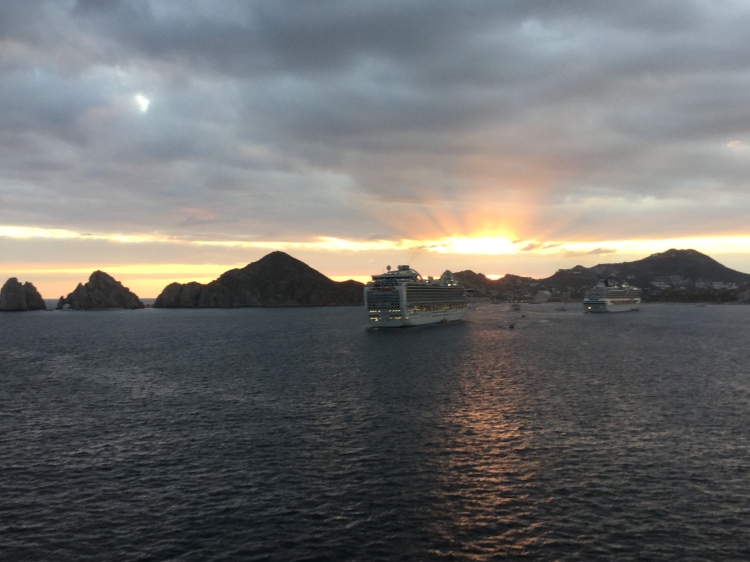